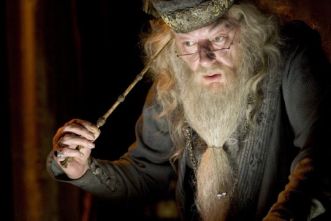 Occasionally, I ask myself whether or not I’m really on to anything when I publish the “thinking out loud” that constitutes most of the posts on this blog. And occasionally the world answers back, politely, “Yes, yes you are.”

A few months ago, in a post on automation and smart homes, I ventured an off-the-cuff observation: the smart home populated animated by the Internet of Things amounted to a re-enchantment of the world by technological means. I further elaborated that hypothesis in a subsequent post:

In an offhand, stream-of-consciousness aside, I ventured that the allure of the smart-home, and similar technologies, arose from a latent desire to re-enchant the world. I’m doubling-down on that hypothesis. Here’s the working thesis: the ongoing technological enchantment of the human-built world is a corollary of the disenchantment of the natural world. The first movement yields the second, and the two are interwoven. To call this process of technological animation an enchantment of the human-built world is not merely a figurative post-hoc gloss on what has actually happened. Rather, the work of enchantment has been woven into the process all along.”

Granted, those were fairly strong claims that as of yet need to be more thoroughly substantiated, but here’s a small bit of evidence that suggests that my little thesis had some merit. It is a short video clip the NY Time’s Technology channel about the Internet of Things in which “David Rose, the author of ‘Enchanted Objects,’ sees a future where we can all live like wizards.” Emphasis mine, of course.

I had some difficulty embedding the video, so you’ll have to click over to watch it here: The Internet of Things. Really, you should. It’ll take less than three minutes of your time.

So, there was that. Because, apparently, the Internet today felt like reinforcing my quirky thoughts about technology, there was also this on the same site: Playing God Games.

That video segment clocks in at just under two minutes. If you click through to watch, you’ll note that it is a brief story about apps that allow you to play a deity in your own virtual world, with your very own virtual “followers.”

You can read that in light of my more recent musings about the appeal of games in which our “action,” and by extension we ourselves, seem to matter.

Perhaps, then, this is the more modest shape the religion of technology takes in the age of simulation and diminished expectations: you may play the wizard in your re-enchanted smart home or you may play a god in a virtual world on your smartphone. I suspect this is not what Stewart Brand had in mind when he wrote, “We are as gods and might as well get good at it.”

4 thoughts on “Wizard or God, Which Would You Rather Be?”