“A Curious Question Of Vanity, Urgency, Pleasure And Anxiety”: By philosopher Alva Noë.

“Here’s a question, dear reader. I’d like to know what you think. Should kids have cell phones? Just to be exact, should sixth-graders have cell phones? Let me see if I can formulate the issue a bit better: Should I get my son a cell phone? He’s modest in his demands. He says he’ll settle for an iPhone 4. It’s not like he wants the latest model. I am serious. What should I do? I didn’t need one when I was his age. They didn’t exist then. Has the world reorganized itself so that a kid his age really does need a phone?”

“The ‘rightful place of science,’ to appropriate Obama’s phrase, is somewhere more humble than the pedestal on which politicians would place it. Technology is not a magic wand, even if presidents would like to wield it as if it were.”

“Generation Whine: Self-pitying twentysomethings and the Boomers who made them”: Article is a bit more nuanced than the title may suggest.

“Kathy Edin, a sociologist at Harvard who studies urban poverty and family life, is one of the most prominent critics of the emerging adulthood theory. The notion that an entire generation is consumed by the desire for ‘identity-based work’ is, she said, ‘completely ridiculous.’ ‘The myopia is galling,’ she added. ‘While people on Thought Catalog are struggling to find themselves, there are young families struggling to survive in an economy where two jobs can’t pay the food bill.'”

“Turkle is often derided as a “Luddite,” while Johnson gets “utopian” a lot. But hearing them describe their positions in person was a chance for them to color in the subtleties. Turkle sees her latest work as “repentant,” after years of championing the benefits of technology, even though she still loves the potential of that technology, while Johnson admits there are costs to his method of engaging with the world through “weak-tie” networks. He also mourns his reduced ability to just sit down and read a book.”

“You Are Not a Switch: Recreativity and the modern dismissal of genius”:

“Recreativity has many proponents and represents a wide spectrum of opinion. Still, it’s striking how easily some of these critics and theorists glide from relatively sensible talk about the role of appropriation and allusion in art to sweeping claims of an ontological or biological nature.”

“What’s at stake in this is that reliance on the techno-nanny to make our decisions and monitor our lives invites us to outsource moral character.”

“Admit it. You have no real feeling for the size of the solar system. That’s O.K. Nobody else does either. Even knowing the numbers doesn’t help much. If I tell you the Earth is about 8,000 miles in diameter and 93,000,000 miles from the Sun, does that give you any sense of the distances involved? No, because the numbers are too big.”

“The 1991 CBC Massey Lectures, ‘The Malaise of Modernity'”: By Canadian philosopher, Charles Taylor.

“To Taylor, self-fulfillment, although often expressed in self-centered ways, isn’t necessarily a rejection of traditional values and social commitment; it also reflects something authentic and valuable in modern culture. Only by distinguishing what is good in this modern striving from what is socially and politically dangerous, Taylor says, can our age be made to deliver its promise.”

“Where the Internet Lives: Take a Look Inside Google’s Data-Centers”: 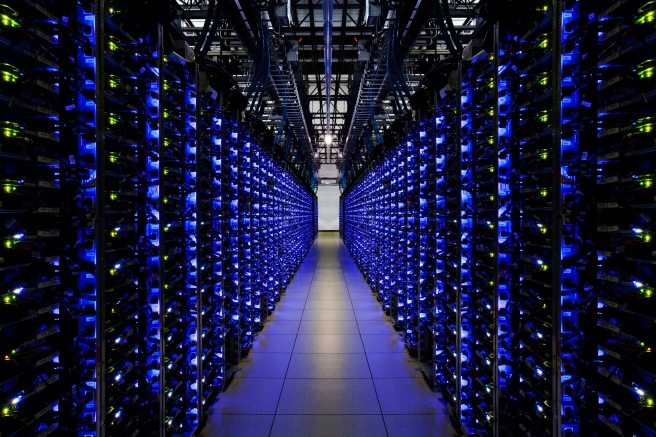 5 thoughts on “For Your Consideration – 6”