Tim Blanning begins his review of Craig Koslofsky’s Evening’s Empire: A history of the night in early modern Europe as follows:

In 1710, Richard Steele wrote in Tatler that recently he had been to visit an old friend just come up to town from the country. But the latter had already gone to bed when Steele called at 8 pm. He returned at 11 o’clock the following morning, only to be told that his friend had just sat down to dinner. “In short”, Steele commented, “I found that my old-fashioned friend religiously adhered to the example of his forefathers, and observed the same hours that had been kept in his family ever since the Conquest”. During the previous generation or so, elites across Europe had moved their clocks forward by several hours. No longer a time reserved for sleep, the night time was now the right time for all manner of recreational and representational purposes.

Given my recent borrowings from David Nye’s study of electrification, it will come as no surprise that the title of Blanning’s review, “The reinvention of the night,” caught my eye. I was expecting a book dealing with the process of electrification, but Koslofsky’s story, as the subtitle of his book suggests, unfolds two to three hundred years before electrification.

It also features technology less prominently than I anticipated, at least Blanning doesn’t emphasize it in his review. In fact, he writes, “This had little to do with technological progress, for until the nineteenth century only candles and oil lamps were available.” This suggests a rather narrow definition of technology since candles and oil lamps are just that. It may be that Blanning’s emphasis is on the “progress” side of “technological progress,” but immediately after this sentence he writes, “Most advanced was the oil lamp developed in the 1660s by Jan van der Heyden, which used a current of air drawn into the protective glass-paned lantern to prevent the accretion of soot, and made Amsterdam the best-lit city in Europe.” This would amount to technological progress, no? 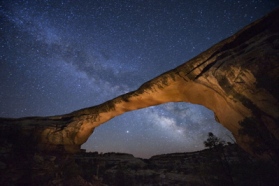 in any case, what I found most interesting, and what connected directly with Nye, was the following observation by Blanning: “At the heart of his argument is the contrariety between day and night, light and dark. On the one hand, the sixteenth century witnessed an intensification of the association of the night with evil …” That, and the theme of a shifting civic/public sphere (a la Habermas) that moved not only from the town square to the aristocratic halls and coffee houses, but also from the day time to the night time.

Take both together and we have another example of the reciprocal relationship between technology and social structures, assuming you’re buying my hunch that this is a story in which technology, even if it is “primitive” technology, is implicated.

A society’s symbolic tool kit can shift. We might take for granted that night always evoked fear and dread and evil, and although there is something to that of course, the story is more complex. Perhaps night’s identification with evil intensified in part because of the gradual conquest of the night by artificial illumination. It would be a paradoxical case of unintended, unforeseen consequences. The more we domesticate darkness, the more darkness takes its revenge on us. Perhaps if we were more at home in the darkness, we would be less fearful of it.

Consider the following passage cited by Nye from Henry Beston writing in the early twentieth century:

“We of the age of the machines, having delivered ourselves of nocturnal enemies, now have a dislike of night itself. With lights and ever more lights, we drive the holiness and beauty of the night back to the forests and the sea; the little villages, the crossroads even, will have none of it. Are modern folk, perhaps, afraid of night? Do they fear that vast serenity, the mystery of infinite space, the austerity of stars? Having made themselves at home in a civilization obsessed with power, which explains its whole world in terms of energy, do they fear at night for their dull acquiescence and the pattern of their beliefs? Be the answer what it will, today’s civilization is full of people who have not the slightest notion of the character or poetry of night, who have never even seen the night.”

This is an interesting passage not only because it suggests how technologies enter into symbolic ecosystems and reshape those ecosystems just as their adoption is conditioned by that same ecosystem. It is also interesting because what Beston feared losing — the serenity, mystery, austerity — is itself a very modern sensibility. This is the sensibility of a modern individual formed by a post-Copernican cosmology. A medieval individual could not have written that passage, and not only because illumination was for them a still distant and unimagined phenomenon. They were still at home in a much smaller and coherent universe. They did not look up and see “space,”they looked up and saw the vastly populated heavens. But that is another story.

Night has been on the retreat for quite some time now, conquered by the science and technology of illumination. Night’s retreat has had social, political, and psycho-symbolic consequences. The mystery of the night is chased away only to allow in the terror of the night. Technology shapes and is shaped by its semiotic environment.

One of the wonders of writing is that you’re never quite sure where you will end up when you start. So while my initial intent was simply to note another illustration of Nye’s notion of the social construction of technology, writing’s momentum leads me to the notion that domestication may, ironically, lead to the displacement of fear and anxiety to another register. It is as if, like Dr. Moreau’s creatures, the realms we tame through our techno-scientific prowess remain sources of reconfigured and intensified fear and anxiety. Dr. Moreau instills fear in his beasts through violence because he fears the violence they may do to him. Fear begets fear — that is perhaps the core of H. G. Wells’ tale — and that principle is at work in our uneasy relationship with technology.

If we pursue technology in order to conquer what we fear, then we also create an attending anxiety over the (inevitable?) failure of our systems of control and mastery. It would seem that what we tame, retains its wildness veiled, yet palpable and intensified.

10 thoughts on “Conquering the Night: Technology, Fear, and Anxiety”