Our’s is an age of anxiety, at least it seems to feel that way to many.  Of course, this is far from an original observation.  Among the several works taking this phrase as a title is W. H. Auden’s post-war poem, The Age of Anxiety

, first published as the world emerged from the shadows of war into the disconcerting light of the nuclear age.  Since then anxiety has settled in as a permanent feature of the American cultural and psychic landscape.

In a recent Slate interview, Taylor Clark, author of Nerve: Poise Under Pressure, Serenity Under Stress, and the Brave New Science of Fear and Cool

, talked about anxiety in the United States:

Is the United States more prone to higher levels of anxiety than other nations?

Put simply, we are. Perhaps the most puzzling statistics are the ones that reveal that we’re significantly more anxious than countries in the developing world, many of which report only a fraction of the diagnosable cases of anxiety that we do. One of the reasons for this is that the people in many of these third-world nations are more accustomed to dealing with uncertainty and unpredictability. I talk about this a fair amount in the book, but lack of control is really the archenemy of anxiety. It’s its biggest trigger.

That explains the disparity in anxiety levels between the United States and the developing world, but why are we more anxious than, say, your average European nation?

It’s hard to pinpoint an answer, but I think Americans have become extremely vulnerable to the pressures of the 21st century. For the past 50 years, we’ve been getting progressively more anxious in good economic times and bad, so we can’t even blame it on the recession.

Clark goes on to suggest three factors contributing to our “deteriorating” psychic state:

Clark seems to lay a good bit of the blame, if we may call it blame, for our anxiety on technology that paradoxically disconnects us and connects us too much.  This diagnosis will ring true and self-evident to some, but I suspect others will take issue, particularly for the exclusion of other significant social and cultural factors that predate the advent of digital media.  After all, social disconnection has a long history.  We may be talking much less on the phone, but Freud noted long ago that the wonder of being able to hear a loved one’s voice over the telephone was a slight salve for the condition that necessitated it to begin with, that is the loved one’s absence.

But regardless the causes, anxious we are, and quite clearly we are interested in doing something about it which quite often amounts to popping a pill.  While that may sometimes be a necessary and helpful remedy, I’d like to also pass along a prescription written by Sven Birkerts in his recent essay, “The Mother of Possibilities”: Idleness.

While admitting that Idleness, as he is envisioning it, is a difficult concept to pin down, Birkerts suggests that,

Idleness is what supervenes on those too few occasions when we allow our pace to slacken and merge with the rhythms of the natural day, when we manage to thwart the impulse to plan forward to the next thing and instead look—idly, with nascent curiosity—at what is immediately in front of us …

Birkerts leisurely traces the tradition of idleness from the Greeks to the much too harried present via pastoral and lyric poetry, Milton, Montaigne, the Romantics, Baudelaire, Proust, Benjamin, and Camus, to name a few.  It is a pleasant jaunt. Along the way we find Montaigne claiming, “It seemed to me that I could do my mind no greater favor than to allow it, in idleness, to entertain itself.”  And according to Birkerts,

Through the figure of the flâneur—via the writing of critic and philosopher Walter Benjamin—the idle state was given a platform, elevated from a species of indolence to something more like a cognitive stance, an ethos. Benjamin’s idea is basically that the true picture of things—certainly of urban experience—is perhaps best gathered from diverse, often seemingly tangential, perceptions, and that the dutiful, linear-thinking rationalist is less able to fathom the immensely complex reality around him than the untethered flâneur, who may very well take it by ambush.

Yet Idleness has its enemies, not least of which is a bad reputation to which Birkerts addresses himself early on, but also the pace of modernity, and yes, alas, distraction, which is not to be confused for Idleness proper.

The spaces and the physical movements of work and play are often nearly identical now, and our commerce with the world, our work life, is far more sedentary and cognitive than ever before. Purposeful doing is now shadowed at every step with the possibilities of distraction. How do we conceive of idleness in this new context? Are we indulging it every time we switch from a work-related document to a quick perusal of emails, or to surf through a few favorite shopping sites? Does distraction eked out in the immediate space of duty count—or is it just a sop thrown to the tyrant stealing most of our good hours?

We are a task oriented people, equipped with lists and planners, goals and objectives, action points and plans.  Productivity is our mantra.  Distraction pour into our work and our plans, but it has not introduced Idleness; it has rather elided work and play, labor and leisure by their convergence upon the devices that are now instruments of both.

But here again we feel the anxiety rising and with it, perversely, the guilt.  Birkerts remedy:

The mind alert but not shunted along a set track, the impulses not pegged to any productivity. The motionless bobber, the hand trailing in the water, the shifting shapes of the clouds overhead. Idleness is the mother of possibility, which is as much as necessity the mother of inventiveness … “In wildness is the preservation of the world,” wrote Thoreau. In idleness, the corollary maxim might run, is the salvaging of the inner life. 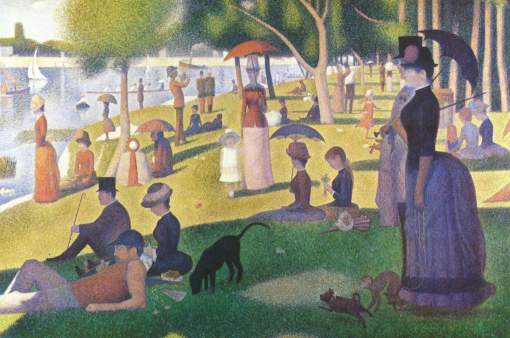