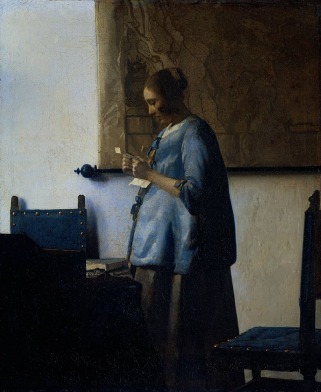 Andrew Keen is not an Internet enthusiast, at least not since the emergence of Web 2.0.  That much has been clear since his 2007 book The Cult of the Amateur: How Today’s Internet is Killing Our Culture and his 2006 essay equating Web 2.0 with Marxism in The Weekly Standard, a publication in which such an equation is less than flattering.  More recently, Keen has taken on all things social in a Wired UK article, “Your Life Torn Open: Sharing is a Trap.”

Now, I’m all for a good critique and lampoon of the excesses of social media, really, but Keen may have allowed his disdain to get the better of him and veered into unwarranted, misanthropic excess.  From the closing paragraph:

Today’s digital social network is a trap. Today’s cult of the social, peddled by an unholy alliance of Silicon Valley entrepreneurs and communitarian idealists, is rooted in a misunderstanding of the human condition. The truth is that we aren’t naturally social beings. Instead, as Vermeer reminds us in The Woman in Blue, human happiness is really about being left alone. …. What if the digital revolution, because of its disregard for the right of individual privacy, becomes a new dark ages? And what if all that is left of individual privacy by the end of the 21st century exists in museums alongside Vermeer’s Woman in Blue? Then what?

“Human happiness is really about being left alone” and “The truth is that we aren’t naturally social beings”? Striking statements, and almost certainly wrong. It seems rather that the vast majority of human beings long for, and sometimes despair of never finding, meaningful and enduring relationships with other human beings. That human flourishing is conditioned on the right balance of the private and the social, individuality and relationship, seems closer to the mark. And while I suppose one could be raised by wolves in legends and stories, I’d like to know how infants would survive biologically in isolation from other human beings.  On this count, better stick with Aristotle.  The family, the clan, the tribe, the city — these are closer to the ‘natural’ units of human existence.

The most ironic aspect of these claims is Keen’s use of Vermeer’s “Woman in Blue” or, more precisely, “Woman in Blue Reading a Letter,” to illustrate them.  That she is reading a letter is germane to the point at issue here which is the naturalness of privacy.  Contrary to Keen’s assertion of the natural primacy of privacy, it is closer to the truth to correlate privacy with literacy, particularly silent reading (which has not always been the norm), and the advent of printing.  Changing socio-economic conditions also factor into the rise of modern notions of privacy and the individual.  Notions formalized by Locke and Hobbes who enshrine the  atomized individual as the foundation of society, notably, with founding myths which are entirely a-historical.

In The Vineyard of the Text, Ivan Illich, citing George Steiner, suggests this mutual complicity of reading and privacy:

According to Steiner, to belong to ‘the age of the book’ meant to own the means of reading.  The book was a domestic object; it was accessible at will for re-reading.  The age presupposed private space and the recognition of the right to periods of silence, as well as the existence of echo-chambers such as journals, academies, or coffee circles.

By separating the knower from the known, writing makes possible increasingly articulate introspectivity, opening the psyche as never before not only to the external objective world quite distinct from itself but also to the interior self agaisnt whom the objective world is set.

Privacy emerges from the dynamics of literacy.  The more widespread literacy becomes, as for example with the printing press, the more widespread and normalized the modern sense of privacy becomes.  What Keen is bemoaning is the collapse of the experience privacy wrought by print culture.  I do think there is something to mourn there, but to speak of its “naturalness” misconstrues the situation and seems to beget a rather sociopathic view human nature.

Finally, it is also telling that Vermeer’s woman is reading a letter.  Letters, after all, are a social genre; letter writing is a form of social life.  To be sure, it is a very different form of social life than what the social web offers, but it is social.  And were we not social beings we would not, as Auden puts its, “count some days and long for certain letters.” The Woman in Blue Reading a Letter reminds us that privacy is bound to literate culture and human beings are bound to one another.

Updates:  To reinforce that it is a balance we are after, also consider this article in yesterday’s Boston Globe, “The Power of Lonely.” Excerpt:

But an emerging body of research is suggesting that spending time alone, if done right, can be good for us — that certain tasks and thought processes are best carried out without anyone else around, and that even the most socially motivated among us should regularly be taking time to ourselves if we want to have fully developed personalities, and be capable of focus and creative thinking.

My attention has also been drawn to an upcoming documentary for which Andrew Keen was interviewed.  PressPausePlay will be premiering at South By Southwest and addresses the issues of creativity and art in the digital world.  Here’s  a preview featuring Andrew Keen: