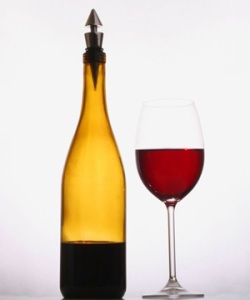 The following observations from Freakonomics following on a story about a particularly brazen case of mid-level wine fraud in a British supermarket:

This last phenomenon [little incentive for any individual to sue for fraud over small amounts] is the same sort of collective action dilemma that mobile phone companies, credit-card companies, and the like have been trading on for years: they upcharge customers a few cents here and there—rounding the length of a dropped call up to the nearest minute, for instance, or playing with the spread on exchange rates on foreign transactions—but it’s below the radar screen of anyone but the most obsessively litigious or penny-pinching customer. It adds up to a lot of money for the company, but not enough is taken from any individual to incite a lawsuit. It’s thus a highly effective form of fraud . . .

It might seem, then, that the optimal opportunity for fraud is where (1) the damages to each individual are relatively low; (2) the number of instances is fewer than would make the case worth a plaintiff firm’s time; and yet (3) the business is large enough to make good money for the counterfeiter.

And while we’re approaching the subject of economics through wine, here’s another item from Freakonomics:

In American restaurants, I have always seen a glass of wine (perhaps 6 to 7.5 ounces) sold for at least 1/3 of the price of a bottle of wine (750 milliliters=29.6 ounces), so that the per-unit price of a glass is typically at least 1/3 more than a bottle.  In the U.S., it’s always cheaper to buy a bottle of wine than buy glasses if you are having 3 glasses or more.  In the Parisian restaurant we visited, the per-ounce price was the same whether you bought a glass (150 milliliters) or a bottle (750 milliliters).  Indeed, even a carafe (pichet) of 500 milliters was sold at the same per-unit price.  Why did the restaurant do this, given the costs of fetching the bottle each time and pouring glasses (as opposed to uncorking once and leaving the bottle on the table)?  Also, given the mark-up on wines at restaurants, the owner should have an incentive to get customers to buy more wine—to buy a full bottle.  I don’t understand what seems to be a pricing anomaly.

Two take-aways there:  First, if you’re going to have more than three glasses, just buy the bottle.  Secondly, is it possible that something other than the profit motive might have been in play and are we so conditioned to its ubiquitous operation in our society that we are truly befuddled when it appears to be supplanted by other motivations?