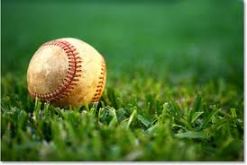 America’s greatest contribution to human civilization?  According to David B. Hart:  baseball.

I know there are those who will accuse me of exaggeration when I say this, but, until baseball appeared, humans were a sad and benighted lot, lost in the labyrinth of matter, dimly and achingly aware of something incandescently beautiful and unattainable, something infinitely desirable shining up above in the empyrean of the ideas; but, throughout most of the history of the race, no culture was able to produce more than a shadowy sketch of whatever glorious mystery prompted those nameless longings.

Read the rest of Hart’s Platonic reflections in “A Perfect Game” at First Things.